Remember what a feel good year 2012 was in the UK. We started off with the golden jubilee celebrations of our Queen, quickly followed by the Olympics and Paralympics, how could you fail not to be inspired?

I remember all too well when it it was first announced that the UK would host the 2012 games. Lots of people were dismissive thinking, we’d never pull it off, it would be too expensive and, we could never compete with the enormous budget afforded the 2008 games in Beijing. Well all the doubters were thankfully proved wrong.

It’s all too easy to right something off, even without trying which, let’s face is it, is the easiest and laziest option. Well on 5th August 2016 the games begin again and there’s every opportunity to use this unique and inspiring event to help promote your business.

Whether or not you’re interested in sport, what the Olympics should remind us, is, determination and hard work bring results, aiming high is the only option, never giving up even when everything is stacked against you and, most importantly, inspiring others.

If you’ve got a retail business then it’s time to get involved, even if it’s on a very small level because, you will be linking into some serious grand scale global marketing.

There’s a wealth of strap lines you can use to build a retail campaign around and, quite honestly, this is one event you could make fit just about any retail business. One important word of warning though, you need to avoid using any of the official Olympic logos. The Olympic brand is highly protected and it’s very easy to infringe copyright laws. Avoid using the obvious like, the Olympic rings, Olympic and Paralympic logos (past and present) and, its best to steer clear from using the word Olympic in anything you might do! But, before you get too dismissive, brainstorm a few ideas, be inventive and some original thinking might just produce something that surpasses all expectations.

My advice, as always is, don’t waste this window of opportunity, it’s the last big event before Christmas (more about that next week) so, on your marks, get set... 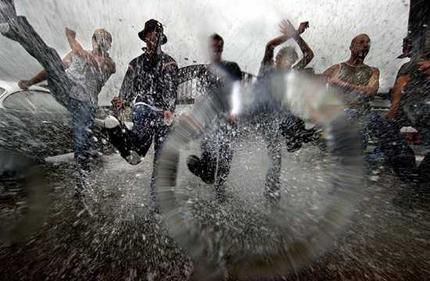